Since its inception in 1925, the role of television has been more or less the same — to inform viewers about important events and provide entertainment. However, the form of television has changed very dynamically over time.

From the 1920s to the 1930s, mechanical television reigned supreme, but various technological breakthroughs over the years have initiated the development of today’s television.

In this article, we highlight the differences between traditional, linear, connected TV (CTV), and over-the-top OTT (OTT) streaming services, as well as look at how each TV advertising system works.

To access the content in television, the viewer can use various types of service provisions: linear, on-demand, recommendation or mixed. The models obviously differ, so let’s take a look at them.

Linear television works by broadcasting TV programs on specific channels in scheduled time slots. In other words, the viewer has to tune in at a certain time to watch the programs they want to watch.

Here are some other points about Linear TV:

Advanced TV evolved from traditional linear TV delivery models, according to IAB. The main difference is how the ads are served. Advanced TV enables more accurate user targeting and thus is in opposition to the traditional broadcasting model where targeting is somewhat limited.

Under the advanced television name, we have the following terms:

Video-streaming platforms that have access to the Internet and are connected to the TV set form the over-the-top model (OTT). The traditional way of receiving a signal was through radio waves, a cable, or satellite, while OTT refers to transmitting “over the top” of existing infrastructure, e.g. the Internet.

For a viewer to access OTT services, they need a smart TV, smartphone, tablet, computer, game console, or streaming device like AppleTV and Roku. Advertising on OTT is similar to advertising on linear TV, with the difference being the delivery model — ads are served through streaming services.

As we said before, for the OTT model to work, you require devices connected to the Internet. These devices come under the term connected TV (CTV). Examples of CTV are smart TVs, game consoles, and streaming devices. However, according to the IAB Tech Lab, the term CTV does not include laptops, smartphones, and tablets because they are multifunctional devices and not closely correlated with television.

Modern television uses tools to personalize content for viewers, with content discovery platforms (CDPs) changing the way we use televisions. The user experience has changed dramatically compared to linear TV. The user interacts with the content (pauses, plays from the beginning, turns it on when they want to), evaluates it, saves it to lists, and even — in selected productions — can control the course of a movie or an interactive game script.

There are companies such as RedBee and TV Genius (acquired by RedBee) that offer CDPs platforms but OTT service providers can expand their own algorithms to include this functionality as well.

See how Netflix delivers its recommendations to users:

Hybrid Broadcast Broadband TV (HbbTV) combines traditional television with a broadband Internet connection. It provides additional services and information that viewers can access while watching regular broadcast TV. For example, if the viewer watches a soccer match, a HbbTV overlay can show statistics from the game.

This kind of extension is available through smart TVs (via the remote control), but also via CTVs (e.g. game consoles) and OTT streaming devices.

P2PTV is an application that aims to redistribute video streams (usually TV channels from around the world) in real-time inside P2P networks. P2PTV streams can be shared and watched by anyone on the network.

As we mentioned earlier, the first company to show their TV ad was Bulova on July 1st, 1941 on WNBT station. In 1946, the first nationwide spot with Ford’s cars was broadcast on American television.

Initially, in Europe, television was supposed to be an advertising-free medium, but the production and broadcasting of television programs required large funds to operate, which is why television stations began selling airtime to advertisers.

The first TV ads were pretty static. Back then, the text was more important than the image, as such a spot could be played multiple times. In the 1960s, the ads started to feature jokes, references to politics, diseases, and many other topics. Advertisers began to perceive audiences as specific social groups.

Twenty years later, music television emerged and was able to reach young people. In the 90s, research on target groups appeared and media houses were established. From the 2000s, advertisers began to communicate more directly with their clients and talk about all possible topics, even those considered taboo.

We can now see that companies are using new technologies to create, run and manage TV ads, and therefore,  new advertising formats have emerged.

Linear TV advertising means displaying ads via a schedule through satellite and cable TV. The consumer has no control over the ads they see and can’t skip them. The ads are delivered to viewers without any user-level targeting methods.

Even though these predictions are bad, there are businesses, such as Adelphic, that still combine linear TV advertising with programmatic buying, thereby introducing programmatic linear TV (PLTV) to media buyers. The solution allows advertisers to add some limited targeting methods to their advertising campaigns.

Addressable TV aims to show different ads to different households while they are watching the same TV program.

The majority of CTV and OTT ads are bought and sold via direct deals and private marketplace (PMP) deals because they are considered as limited and premium inventory.

Each HbbTV application has its URL. To connect with the website and serve ad content, the viewer typically hits the red button on their remote control when they see a red dot in the corner of their TV screen.

Here is a simplified illustration of how HbbTV content is accessed.

Each content delivery model brings different technological possibilities and limitations for the viewers. Essentially, they can be dependable on the linear’s model what’s on TV now? or make use of advanced TV and watch programs and shows when and how they want.

As an extension of advanced television, there are content discovery platforms that help viewers to get recommendations of what they could like. For instance, in HbbTV viewers can obtain additional information about programs and ads by clicking on the remote control.

Connecting the Internet to the television revolutionized the TV advertising industry as well. Now advertisers have multiple options for meeting their target audience in their homes. The interaction can be traditional, as in the linear tv advertising model, and more personal, as in the rest of the cases. Trends in the TV advertising industry show, that linear television is becoming a past and the future is held by advanced technologies.

Looking at building an AdTech platform for CTV? 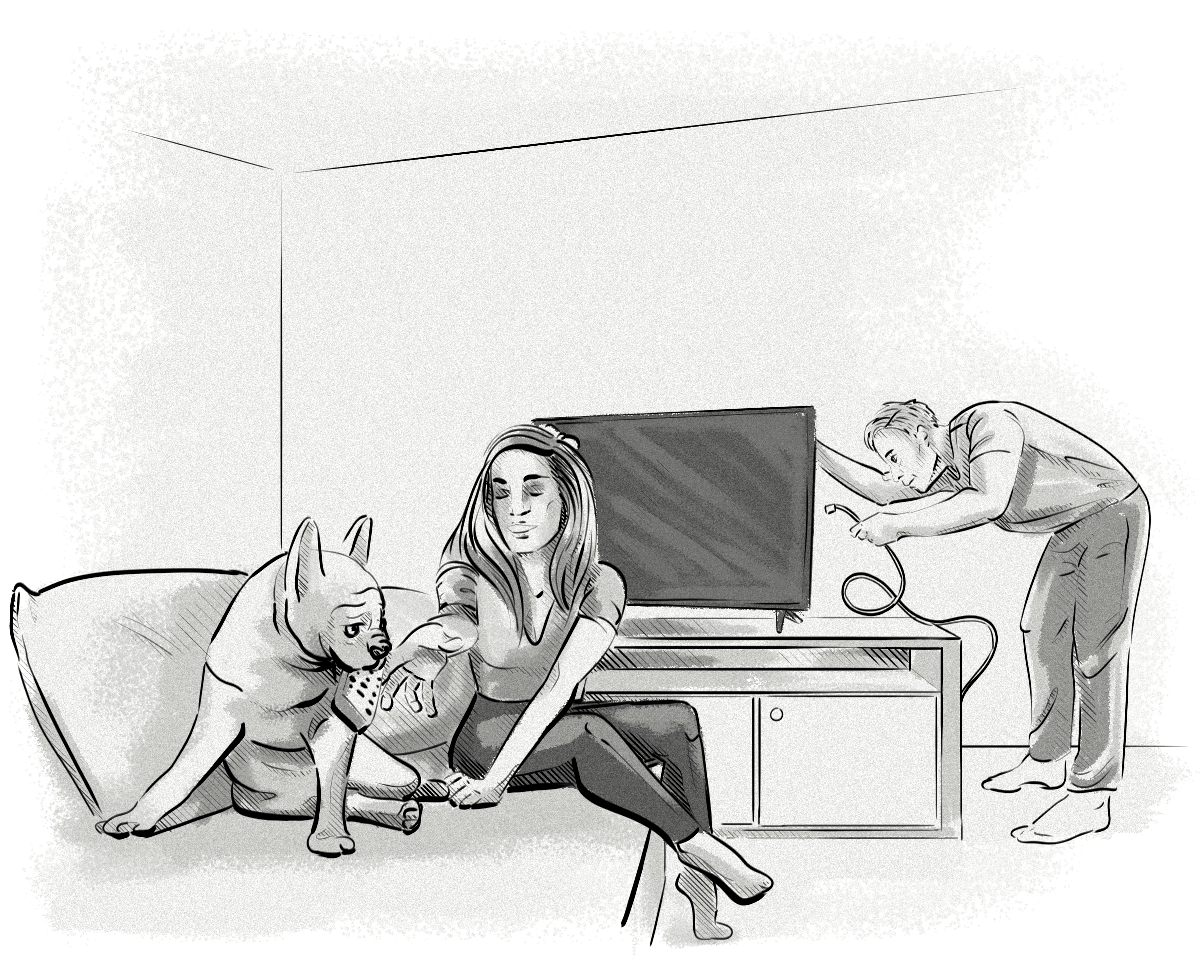 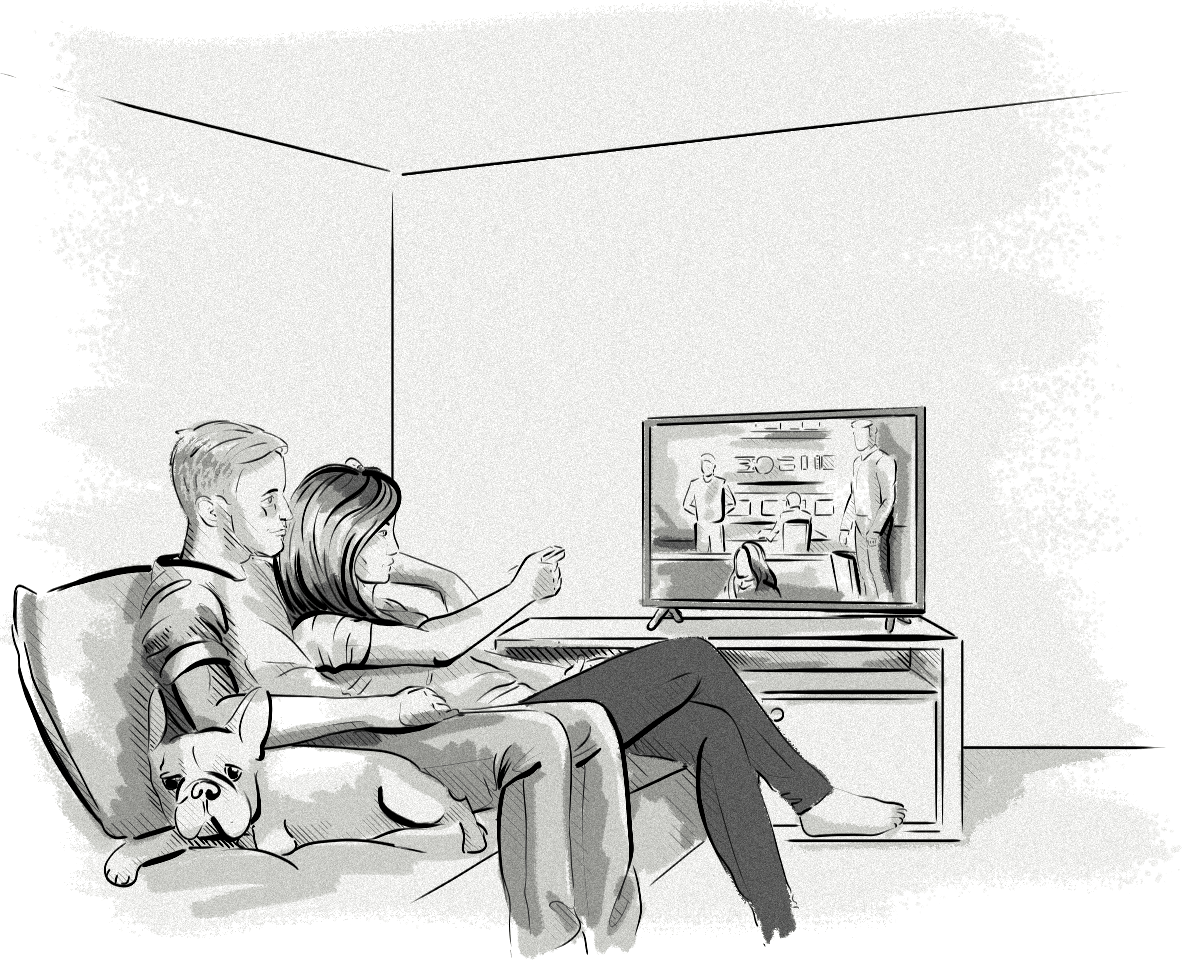 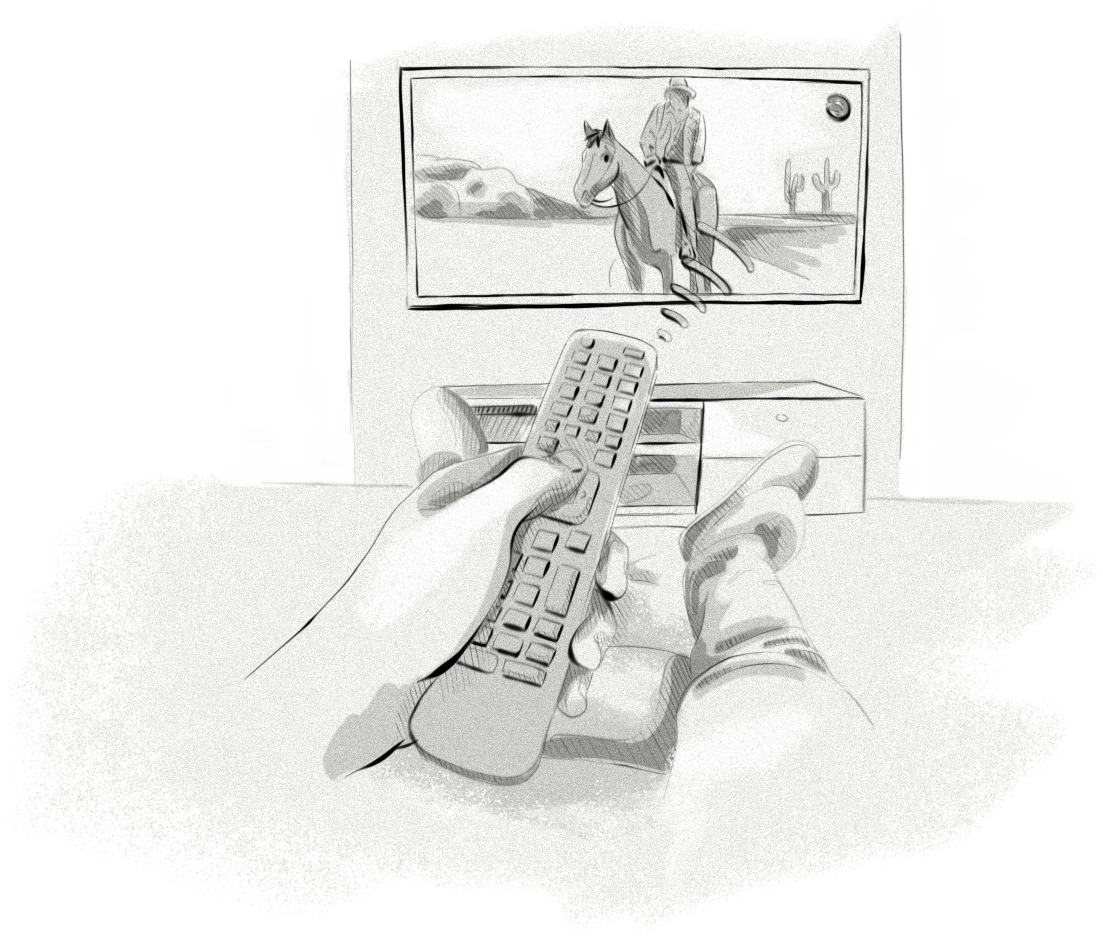 What Is Hybrid Broadcast Broadband TV (HbbTV) Advertising and How Does It Work?