Climate change is no longer a discussion. It is an issue that needs action and one that is top of mind for consumers, brands, media agencies, and investors. The need to move toward a greener future has led the programmatic industry to review its role in producing emissions and how it can reduce them.

But will the programmatic advertising industry treat it as a temporary trend, or will it stay with us for a longer time? And will the industry incorporate new green standards to reduce its carbon footprint?

How Many CO2 Emissions Does an Advertising Campaign Produce?

The Space for Innovations

And the Space For Misinformation

Going Green in AdTech: Is It a Sprint or a Marathon?

How Can AdTech Reduce Its Carbon Footprint by Limiting Inefficiencies?

The Benefits of Reducing Your Advertising Campaign’s Carbon Footprint?

How Many CO2 Emissions Does an Advertising Campaign Produce?

Calculating the number of CO2 emissions from programmatic advertising campaigns can be tricky as there are many factors to consider, such as travel for creative production and the electricity used by servers.

A report published by fifty-five calculated the total emissions for a mock digital advertising campaign came to 323 tons of CO2eq, which is roughly the annual carbon footprint of 16 American citizens.

In the chart below, you can see which channel potentially generates the most carbon dioxide regarding the mock Perfume 2022 campaign.

But it’s not only advertisers that leave a carbon footprint. In fact, the whole industry contributes to gas emissions.

Bloomberg, one of the biggest publishers in the U.S, took a close look at how much energy they consume and thus how much carbon dioxide they emit.

In fact, the Internet is responsible for producing around 4% of greenhouse gas emissions worldwide, which is bigger than the aviation industry.

Brian O’Kelley, Scope3’s CEO, said that there are four ways emissions are produced via online activities:

In other words, everything that we do online ends up creating a big carbon footprint.

It’s no wonder why organizations such as Scope3, GoodLoop, and the Climate Action Working Group, which was set up by the Advertising Association, emerged in the AdTech industry.

These companies and bodies examine and address the pounding problems associated with carbon emissions by offering a set of different tools, such as:

However, AdTech has just begun to incorporate positive practices, and there is still a lot of work to be done.

The Space for Innovations

The green trends create the space for innovators, from manifests and tech stacks to media supply chains. There are opportunities in all of these fields to rethink the way we shape the industry and programmatic advertising in particular.

“There’s a lot of room in the programmatic advertising industry to develop greener solutions. Advertisers, publishers, and AdTech companies can not only follow reports such as Ad Net Zero but make changes to their technology and technical process to reduce the carbon footprint. Green innovation is good for the planet and for revenue,” said Piotr Banaszczyk, CEO at Clearcode.

And the Space for Misinformation

As the eco trends appeared in the mainstream, the negative phenomenon of greenwashing also showed up. Greenwashing is the term for abusing green arguments in advertising, meaning that some companies purposely exaggerate the positive benefits their products or services have on the environment.

An example of greenwashing is a drink commercial from The Innocent. After going public, it received 26 complaints that challenged the idea that the company’s products help the planet.

Examples like this often cause companies to hold back from publicly announcing their green initiatives, even if their initiatives are actually beneficial for the environment, as they’re afraid of the negative backlash they may receive.

“I propose greenworking. If greenwashing is trying to trick people into thinking you’re doing more than you are, greenworking is telling people the truth about where you are and what you’re doing.” O’Kelly said in the post.

Greenwashing can be limited by incorporating the standards set out in the International Chamber of Commerce (ICC) Framework for Responsible Environmental Marketing Communications.

Besides greenwashing, some advertisers show their ads on video clips that promote climate misinformation on purpose, meaning that they are helping fund the content creators that produce this misinformation. In 2020, more than 100 brands ran such ad campaigns on YouTube, according to Videoweek.

Going Green in AdTech: Is It a Sprint or a Marathon?

In 2021, CLICKON found that 32% of surveyed UK brands want to be carbon neutral by the end of 2023. It sounds like a sprint that, when it ends, will be forgotten.

In fact, to be effective, we need to tackle the issue of advertising’s climate impact as if it were a marathon.

Ad Net Zero is calling on the AdTech industry to reduce the carbon output to real net zero by the end of 2030. A longer perspective creates a space to take well-thought actions and collaborate with other organizations such as governments.

Sustainability was the key topic of the week at Cannes LIONS in June. It turns out that brands want to know what carbon footprint is left by broadcasted advertisements, and many advertisers are starting to include a checklist of ‘sustainability criteria’ when selecting publishers.

How Can AdTech Reduce Its Carbon Footprint by Limiting Inefficiencies?

In an interview for Digiday, Marc Guldimann, Adelaide’s CEO said:

“What we’ve found is that because high attention campaigns can use less impressions to deliver the same outcomes — because there’s less waste from garbage impressions that no one pays attention to — there’s actually far fewer emissions from a campaign that’s optimized using attention data, than there ones using viewability or video completion rate. Those metrics make you buy lots of little tiny little crappy ads. And viewability is still Sustainable Programmatic Advertising and AdTech: The Need to Go Green way more popular [metric] than attention.”

The Benefits of Reducing Your Advertising Campaign’s Carbon Footprint?

The goal of green programmatic advertising is to limit carbon dioxide emissions by any means possible to help stop climate change. So the most basic reason for adopting a low-carbon approach is simply to help the planet. But for business, the benefits can be more tangible.

From the PR point of view, you can leverage your green activity to your advantage. Brands such as Sharethrough, PubMatic, Picnic, and GoodLoop share news every time they launch a new green platform, switch to a renewable-energy-based infrastructure, or measure and compensate for the cost of media campaigns’ supply chain emissions. They also team up for the good of our planet.

Putting the Earth at the heart of how you conduct your business can positively impact your reputation. Eco is an important topic right now, and many consumers worry about climate change.

Calculating your carbon emissions can point out the areas of your business that you need to change. By adopting a low-carbon approach and choosing an AdTech platform that’s focused on reducing emissions, you can not only help fight climate change but also reduce costs.

91% of surveyed employees claimed they would be more satisfied with their jobs if employers take action to reduce the carbon footprint made by their companies.

There are several ways to reduce carbon dioxide emissions and reduce the carbon footprint of a digital ad campaign.

Find out how Clearcode can help you

Schedule a call with our team 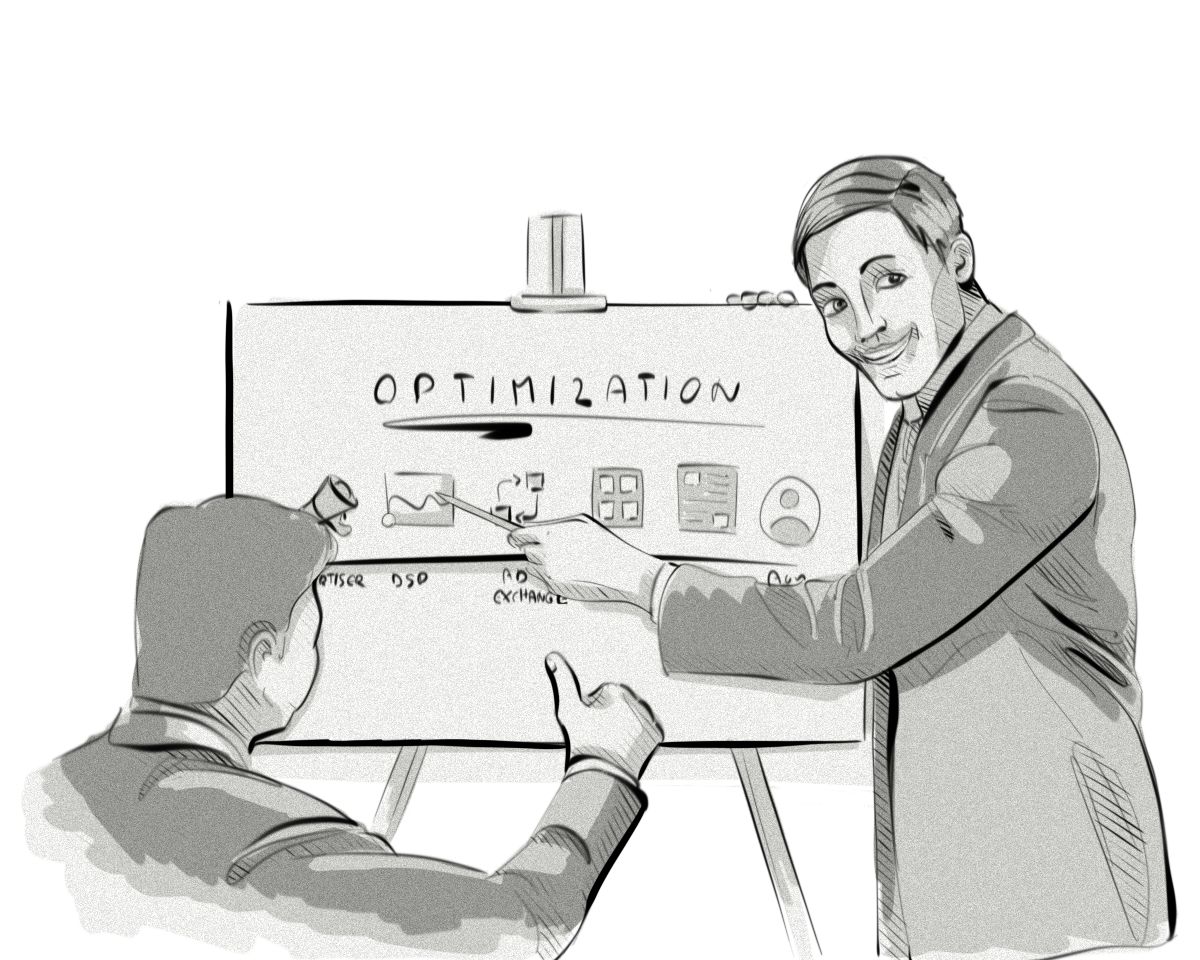 What Is Demand Path Optimization (DPO)? 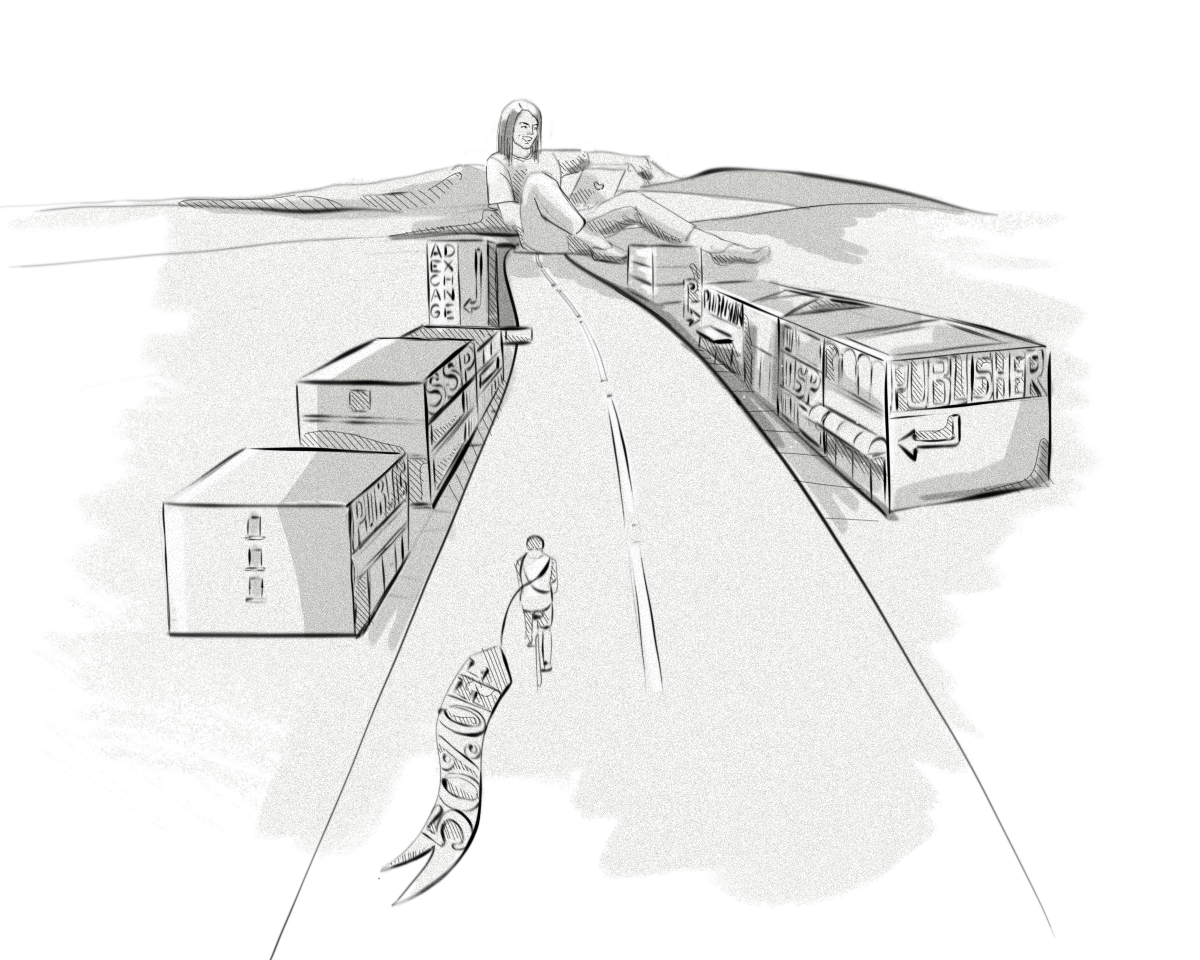