New technology, new platforms – and new ad formats. The dynamic landscape of AdTech continues to morph and grow – and surprise.

New social platforms bring new possibilities and the next generation of online users growing up in a world jam packed with content and ads becomes more and more immune – and frustrated – with intrusions into their experience.

Knowing how to harness technology to keep up with the ever-evolving situation is key for advertisers and publishers alike. As always, change affects both sides.

Today we take a look at what new ad formats could mean for both sides of the demand-supply relationship.

Some of the largest digital ad publishers have tweaked their inventory – not without self-interest – in ways that could potentially have a big impact on the masses of advertisers that use them (and digital advertising as a whole).

Facebook’s push to control user experience and provide an all-inclusive, gated platform for interactions is part of what makes it a powerful ad publisher. Both its lead-generation ads as well as Facebook Canvases aim to continue this focus.

Facebook’s highly interactive Canvases are designed to give brands a tool to combine text, graphics and video in an “immersive” full-screen experience on mobile devices.


Canvas ads will require even more creativity from advertisers as they combine text and media into “all-inclusive capsules.” This is designed, of course, to drive higher engagement and Facebook reports that the average time-spent in a Canvas ad surpasses 30 seconds.

Given Facebook’s recent problems with metrics fudging for video, some advertisers may be hesitant to commit large budgets. However, the immersive nature of Canvases help them drive higher “Like” and “Share” rates.

There is one other possible side effect – higher expectations for video from mobile users.

Canvases are supposed to load video up to 10 times faster than normal mobile video content (because they are posted “live” in Facebook’s feed). Now that Facebook lets brands use the Canvas format for organic Page posts as well, mobile visitors will become even more used to this sort of “total experience.”

Facebook as also made a play for B2B advertisers with Lead ads. Now businesses can ad buttons that lead directly to form submissions.

By default the form fields (name, email address, etc.) are populated with the information that Facebook users have connected to their profile.


Again, the slant from Facebook’s angle is to promote themselves as a “one-stop hub” for both B2C and B2B advertisers. And they have made it extremely easy to use, including the ability to target previous website visitors who have been tracked with a Facebook pixel.

The question remains whether enterprises will see Facebook as a serious channel for B2B lead generation. There could be the danger that advertisers create engaging ads with an easily-clickable lead generation button – but end up collecting (and paying for) low-quality leads.

While speedier ads are sure to please advertisers, the addition of sticky ads and flying carpet ads may not necessarily make their audiences so happy.

Both ad formats are meant to improve visibility, resulting in higher impression viewability. However – as is the case with most display ads – the possibility for a jarring user experience when ads are not contextually compatible with surrounding content may mean advertisers end up paying a standard CPM rate with relatively low CTR.

One format offered by several of the biggest names in advertising is app download ads (called App Cards by Twitter).

App developers have the opportunity to showcase their app, including graphics, ratings and brief descriptions, and let customers download it directly from the ad unit.

While both Google and Facebook offer desktop versions of the ad, Twitter focuses (and understanably so) on mobile apps. Of course, all three publishers provide targeting options for app download campaigns, which – given their incredibly large amount of data on users – makes their inventory extremely attractive.

For advertisers, the advantage is also the ability to cut through the mass of apps available in Apple’s AppStore and Google Play. Apple itself is getting in on the action with their App Store Search ads.

The extreme example of interactive content is 360 video. While the experience of “full-surround” is known to consumers in various formats, including IMAX movies, the challenge of making it a workable ad format for the masses has kept this format from taking off.

Now social media is taking up the high engaging form and making it available for brands. Facebook offers 360 video and Snapchat recently announced that Sony is launching a campaign on their platform.

Once again, the main advantage for advertisers is high engagement. The interactive, user-centric element of video that a person can “explore” is sure to make it attractive.

It also guarantees longer viewing time, which – for publishers like Facebook and Snapchat – means higher revenue if their pricing is time-based.

Going back to load times, it is unlikely that smaller publishers will be able to offer 360 video ads given the computing power needed to serve such a format.

Native advertising isn’t necessarily the new kid on the block it used to be.

With native ad spend estimated to reach almost $60 billion by 2018, it’s clear that the trend is here to stay.

But as more and more brands turn to native ads to circumvent ad blockers and play down consumer’s mistrust of traditional ad formats, the available forms of native ads continues to grow.

Some of them include:

The growing interest in native ads goes hand in hand with an expansion of programmatic solutions for serving them and data-driven technology for targeting.

Because globally premium native ads carry almost four times the CTR of traditional display ads, publishers are going to be able to cash in. And they will continue to look for ways to expand their native ad inventory as they have more and better tools for serving it and matching it with demand-side audience data.

In a move that draws on the advantages of both native ads and email marketing, LinkedIn has introduced Sponsored InMail – a way for B2B marketers to push targeted messages directly to business professionals that have a profile on the networking site.

The new ad format caters to marketers desire to get more personal and target key decision makers, something that has long been a top priority for B2B marketing teams.

As with other social networking ad slots, Sponsored InMail comes with a range of targeting options, including company size, number of employees, industry, etc.

One key point that will be of interest to advertisers is LinkedIn’s guarantee that InMail is delivered only when subjects are active on the platform. This should help open-rates and overall campaign optimization. 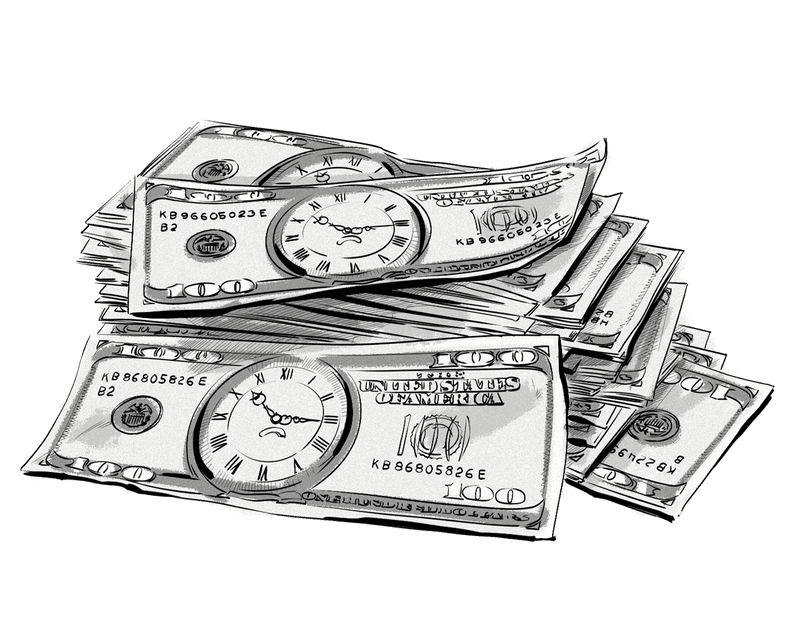